Proud and Out in Budapest and Prague 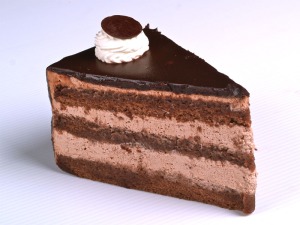 My mother loves cake. Any kind of cake: chocolate, apple, layer, carrot, cream-filled, caramel-glazed, you name it. This is one of the many things I learned–or remembered–on the 10-day trip I recently took through Central Europe with my mother and my 19-year-old daughter. (Luckily, at 77, my mom is also an inexhaustible walker; according to her trusty FitBit, our sightseeing jaunts averaged between 5 and 13 miles a day.) Among the other notable discoveries: my mother is inordinately fond of ironing, and my daughter only brushes her teeth in the morning. Also she is faster than an iPhone app at converting forints into dollars, and extremely handy with a map–an aptitude she first demonstrated on a tense road trip long ago, when Mr. 70 Percent snatched the atlas out of my navigation-challenged hands and passed it back to our daughter, who piped up from her booster seat, “Just take the next exit and head west.” 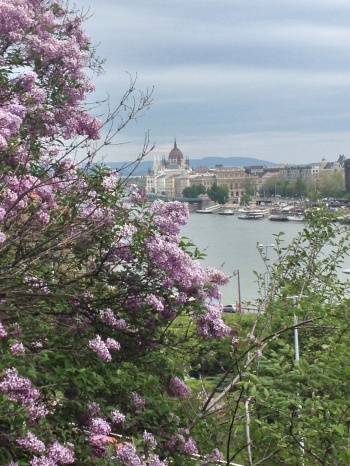 But the most important realization I made during our tour of Austria, Hungary, and the Czech Republic is that I should never underestimate the wisdom or compassion of these two beautiful women connected through me. For when three generations spend 24/7 together walking cobble-stoned streets and eating cake, there’s no telling where the conversation might lead.

One afternoon, we were helping my daughter pack up her apartment in Salzburg, where she had just spent a transformational gap year before college. We had met one of her closest friends, a charming young man named Kevin, and my mother couldn’t understand why they weren’t dating. “Unless you tell me he’s gay…” she said. My daughter and I exchanged looks. “Mom, Kevin’s not gay,” I said, “but…” “I like girls,” my daughter broke in. My mother didn’t hesitate for a second: “Well, that makes perfect sense then!” she said. Her reaction deserves extra credit because as far as she knew, my daughter had previously dated only boys.

My girl shared with her grandmother “Defined by a Bubble,” an op-ed she had written for her high school newspaper in which she describes herself as “pansexual,” meaning not that she is attracted to cookware but that she is open to romantic partners of any gender or gender identity–gay, straight,

bisexual, transgendered, transsexual, or anything else that falls outside the “gender binary” of our “hetero-normative” culture. (I’m all for challenging the status quo, but I can’t stand the jargon.) “Really what it means, Grandma,” my daughter explained, “is that I fall in love with individuals, not with a particular gender.”

My mother responded far more sensitively than I had two summers earlier, when my daughter–who had recently broken up with her boyfriend–texted me to say she had become romantically involved with a woman she worked with at an all-girls’ camp. “Oh, that’s normal!” I texted back. “You’re just like Katy Perry–you kissed a girl and you liked it!” After all, I had attended the same camp 35 years prior, where I’d had plenty of

girl crushes of my own. Whether nothing came of them because I genuinely preferred men or because I was constrained by the forces of society, I’ll never know. That my daughter felt free to act upon her desires is surely a sign of a better world. But it was my mother’s experience at a co-ed camp that really put it in perspective. “There was one girl I used to lie in a bunk with, and we would practice kissing boys,” she recalled. “I don’t think she was a lesbian…”

She asked a lot of questions, which my daughter answered with patient candor, and proffered hugs and unconditional support. In fact, what upset my mother the most was that no one had told her sooner. I’m not sure why we didn’t; I guess it never directly came up. But the truth is, I would have sent her the link to almost any other op-ed her granddaughter wrote; this one just seemed too jarring.

I should have known better. Soon after we landed at JFK, I received this email from my father, who had bankrolled our whole trip:

I read “Defined By a Bubble” and found it to be astounding.  The world has changed so much and sometimes old people change with it.  Thanks primarily to your brother, who, a number of years ago had a major impact on my feelings about this subject after a long talk, I have reached the point where I don’t care who my granddaughter loves.  If she is in a relationship and is happy, then I am happy too.  I have no doubts that that lucky person will be worthy of her affection.
She is an amazing young lady who I love and admire without restrictions.  You too.

Whatever else I accomplish in this life, nothing could make me prouder than knowing that I am the link between these two remarkable generations–one obsessed with cake, the other a human GPS. 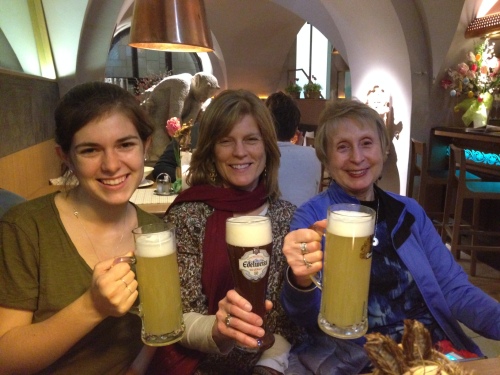 Susan H. Greenberg spent 22 years as a journalist for Newsweek Magazine. She now works as a writer, editor, teacher, and parent of three children, with whom she strives always to maintain a varnish-free relationship.
View all posts by Susan H. Greenberg →
This entry was posted in Grandparents, Parenting, Teenagers, Travel and tagged Europe, generation gap, homosexuality, sexuality. Bookmark the permalink.

16 Responses to Proud and Out in Budapest and Prague