On College Tours, It’s the Pannini Press that Matters

“Too preppy,” my son declares, refusing to join the other juniors gathered for a tour of one stately southern campus.

“Too alternative,” he decrees at another, halfway across the same state.

Mr. 70 Percent and I are in the midst of playing college-tour roulette with our second child, who is reinforcing what we learned with our first: teenagers may take forever to make inconsequential choices, like which shirt to wear, but they favor snap judgments when deciding where they might spend the next four years of their lives.

“Too Christian,” our Jewish daughter asserted three years ago, eyeing a cross on the wall at one school.

“Too Jewish,” she said at the next.

She dismissed one institution as “too pompous” after our info-session leader touted the propensity of alums to discuss Plato and Aristotle at cocktail parties.

“Too lowbrow,” she said someplace else, where the tour guide knew far more about frat parties than degree programs.

Also off the list: the campus where no one was smiling, and the one where the tour guide ended every sentence with, “…which is pretty cool,” even if he was talking about the coin-operated washing machines.

One school won points for not mentioning that it had a state-of-the-art blue-light security system, and another remained in play because the tour guide refrained from comparing any campus building to Hogwarts. Palm trees and free theater tickets were also big draws.

ng the right college is a lot like buying a house. And just as real-estate showings can reveal certain make-or-break features—termite damage, perhaps, or crown molding–so, too, can campus tours uncover the kinds of intangibles that land a school on or off “the list.” Kids fall in love with colleges because they have turtle ponds, or streaking clubs, or Pannini presses in the dining hall, and they reject them for reasons just as random. (It seems only fair, given what a crapshoot their admission prospects are.) I know one young woman who ruled out a college because the name of a nearby cafe–Javapalooza–deeply offended her, as did the group of students she saw riding unicycles.

Of course, a campus circus troupe and an independent coffee shop, however dumbly named, might have compelled a different visitor to apply early. And that’s precisely the point: one kid’s pet peeve is another’s cake icing. Their judgments might be rash, but they are not trivial. A gut sense of belonging is as important in weighing where to apply as a school’s size, location, and credentials. And if a child’s identification with a place is enhanced by Panninis or diminished by unicycles, then those things count–regardless of how insignificant the grown-ups tagging along on the tour might find them. As Mr. 70 Percent, our point parent on college visits, has observed (with only a hint of frustration): teenagers are particularly skilled at drawing sweeping conclusions from the tiniest shred of evidence (A broken StairMaster? “Their fitness facilities stink!”) while ignoring overwhelming proof of something patently obvious. (MIT? “Too many theater majors, not enough engineers.”)

I knew, desperately, where I wanted to go to college the moment I set foot on the campus 35 years ago. I don’t really remember why; maybe it was the frozen yogurt machines, or the underground coffeehouse. But I do know that it was the first place I could truly imagine my future self, lounging on the green, dashing off to class, eating frozen yogurt to my heart’s content. 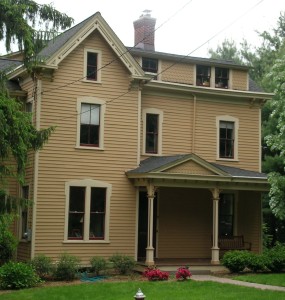 I experienced the same instantaneous sense of belonging 15 years later, when my husband and I walked through the front door of the Victorian money pit  that would become our first house. Though we had only an infant daughter at the time, I was seized by a vision of children racing down the elegant staircase.

Eventually, they did. And as those children now go forth in search of their own places to belong, I hope they continue to listen to their guts and not to anyone—least of all, me—who tries to convince them that two Polo shirts do not render a college “too preppy,” or that turtle ponds don’t matter. 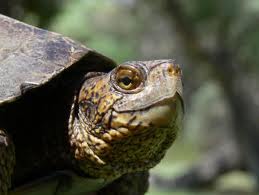 Susan H. Greenberg spent 22 years as a journalist for Newsweek Magazine. She now works as a writer, editor, teacher, and parent of three children, with whom she strives always to maintain a varnish-free relationship.
View all posts by Susan H. Greenberg →
This entry was posted in Parenting. Bookmark the permalink.

3 Responses to On College Tours, It’s the Pannini Press that Matters