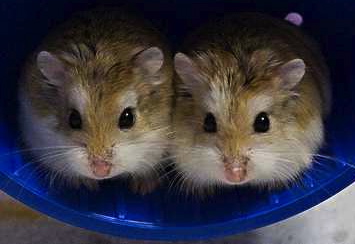 The first clue that Petco had snookered me again came in the form of a text message from my 16-year-old daughter. It read: “I’m going to take your lack of an answer as yes, I can buy a hamster. Thanks!” (Apparently she tried to call me but I didn’t pick up.) “What???” I responded, though in truth I didn’t much mind. We still had the cage and all the accessories from our previous hamster, Kiera, who lies buried beneath a rock and a commemorative photo under the tulip tree outside our back door. When I relayed the text conversation to my 14-year-0ld son, he said, “Tell her to get a ferret instead.” I didn’t. Two hours later, she came home with a pair of cute little dwarf hamsters–Phineas and Ferb–and $40 worth of rodent bedding, toys and treats. Damn Petco.

I love pets and am generally in favor of all kinds, except reptiles. So, naturally–in addition to two dogs–we have a rapidly growing corn snake living in my son’s bedroom. (We’ve also killed off more fish than a pod of great whites; see Why Goldfish are the Worst Pets in the World.) I grew up with a yellow Lab and all manner of parakeets and hamsters, most of them named Willie or Mac. So I was pretty excited to meet Phineas and Ferb. At least it wasn’t a rat, like the one my friend Linda allowed her son to obtain, which subsequently required surgery on its toes. (They also had a leopard gecko that surgery couldn’t help after it was run over by a car.)

It’s not that I buy the “pets teach kids responsibility” argument, though pets have certainly taught me responsibility; if I’m not feeding the dogs or watering the snake myself, I’m nagging the kids to do it. I’m sure I’ll be the one cleaning that hamster cage when the stench gets unbearable. It’s more that I think pets provide a certain kind of quiet, dependable company that humans–especially human teenagers–often can’t. I knew my daughter needed those hamsters because her social world was falling apart. Her friends had abandoned her when she most needed them, and she was hurting. But Phineas and Ferb could provide comfort and distraction, just as my dog, Sam, did when I was 16. I remember feeling certain that he was the only creature on the planet that would ever understand me.

My mother always reminds me that as a parent, “You’re only as happy as your least happy child.” Don’t I know it. She is also fond of saying, “This, too, shall pass,” which I understand now but found completely unhelpful when I was in the throes of the teenaged torment. It’s not nearly as reassuring as a hamster. 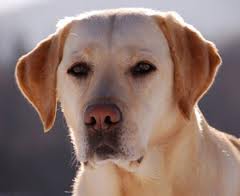 Susan H. Greenberg spent 22 years as a journalist for Newsweek Magazine. She now works as a writer, editor, teacher, and parent of three children, with whom she strives always to maintain a varnish-free relationship.
View all posts by Susan H. Greenberg →
This entry was posted in Family life, Kids, Parenting, Teenagers and tagged hamsters, Pets. Bookmark the permalink.